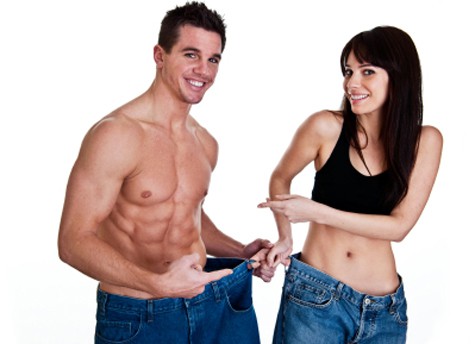 Weight-To-Go With the LCHF Diet

With all the media raving about the lchf diet, what does the science say about the actual impact on weight?

Low carbohydrate (LC) diets are promoted as a means for weight loss and reducing body fat. As a qualified dietitian, however, it is important for me to take a look not at media anecdotes, but at the scientific literature first and foremost. It may in fact be time for the health industry to recognize the potential role of LC diets in certain cases. In this article, I will focus on their effect on LC diets on weight loss.

When you are losing weight on a diet, preferrably we want that weight to be fat and not muscle tissue.[2] It has been shown that muscle mass is preserved more in weight loss on a low carbohydrate diet that on a low fat (LF) diet.[2] This means that the weight lost was in fact mostly fat.

It does appear that weight loss on a LC diet occurs to a great extent initially (in the first 6 months), and then appears to taper off on longer term use (greater than 6 months). It has been shown by many studies that overweight and obese individuals lose more weight on a LC diet than on a low fat diet.[3,4,5,6,7,8,9,10] One study also found that people using a LC diet are more likely to stick to the diet than those following a LF diet, so this could be part of the reason why the diet achieves such success.[7]

A large meta-analysis (where the results from many studies are analyzed together) examining short term LC diet use also showed that a LC diet is a feasible alternative to a LF diet for inducing weight loss.[11] However, the studies included in the meta-analysis were VLCKD with daily carbohydrate intakes of 30g or less.

Long Term LC Diet Use May not be Sustainable Without Support

We can conclusively say that a LC diet can achieve weight loss in overweight and obese people in the short term. There are conflicting results when looking at the effects of longer term use of LC diets on weight loss. A large meta-analysis earlier this year, conducted in South Africa, showed that weight loss results on a LC diet are insignificant when compared to results on a LF diet.[12] This contrasted with other previous studies where greater weight loss was still achieved with LC diet use.[13] When you take a look at the South African meta-analysis however, many of the studies included do not qualify for the title of LC as the daily carbohydrate intake was >130g/d.[14,15,16,17,18,19,20] This may render their conclusions meaningless (in a sense).

The bridge between these conflicting results may lie in the concurrent use of dietary guidance, support and other lifestyle interventions. It has been shown in the literature that neither dietary fat nor carbohydrate intake influenced weight loss when combined with lifestyle intervention.[21] This meant basically that both a LF diet and LC diet were effective in reducing weight, as long as the individual had a supportive environment. The LC diet group did however have greater HDL cholesterol concentrations than the LF diet group at the end of the 2 year period, so there are potential cardioprotective effects.[21]

Some Potential Side Effects

Some common side effects in the initial period (1-3 weeks) of LC diet use:

These effects are common in feelings of “starvation” because your body is adapting to the lack of glucose in the blood, however they tend to decrease or disappear once adaptation has occurred (around 2-3weeks of use).

In longer term use of a LC diet there appears to be an increased risk for deficiencies in vitamins and minerals, as well as a decreased fibre intake.[23] These need not occur if you include nutrient-rich vegetables, berries, nuts and seeds, and organic meats in your diet. When improperly executed, a LC diet may include a high dietary protein intake which increases the risk for renal dysfunction (in pre-disposed individuals), as well as altered water and electrolyte balance.[23]

There are potential concerns over skeletal health on a LC diet as results from the literature are conflicting. There is evidence to support increased risk for osteopenia and osteoporosis on a LC diet, as well as evidence to contradict this.[24] Further research is needed in this area!

LC diet use has been shown to increase HDL cholesterol and decrease serum triglyerides, both of which are extremely beneficial to reduce heart disease risk![11] We also know that it may increase your total cholesterol and LDL cholesterol, but these are not necessarily valid indicators of cardiac risk.[11]

LC diets can induce weight loss, and to a great extent according to the literature (as well as testimonies from many people who have tried the diet). The literature supports the use in overweight and obese people. Unfortunately we do not know the long term implications in terms of health but the literature seems to support a relative low risk in using LC diets. It seems paramount, however, that you need lifestyle intervention to ensure the diet (and weight loss) is sustained.